The original London production of ‘Gypsy’ opened on May 29, 1973 at the Piccadilly Theatre in the heart of the West End. After it had been announced that Elaine Stritch would take on the role of Rose, producers failed to secure enough investment with her name above the title. The more familiar Angela Lansbury was hired, and her brother Edgar Lansbury came on-board as co-producer alongside Barry M. Brown and Fritz Holt.

The production was directed by Arthur Laurents, and featured choreography reproduced by Robert Tucker. The cast also featured Zan Charisse, Barry Ingham, Debbie Bowen and Bonnie Langford. After Lansbury left the production to tour in the USA, she was replaced by Dolores Gray. The show closed on March 2, 1974 after 300 performances. 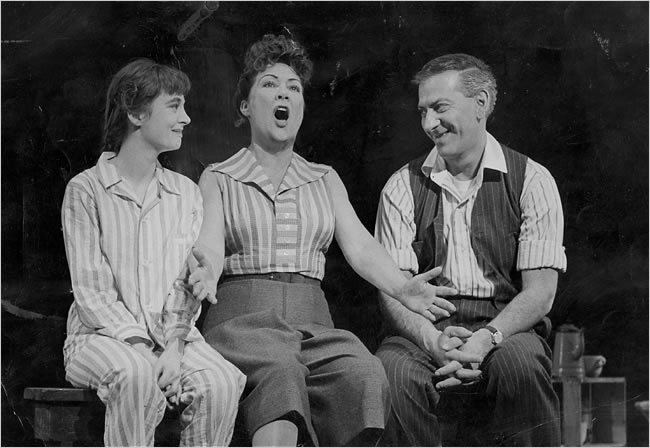 Gypsy Original Broadway Together Wherever We Go